One of my favorite things about computers are flight simulators. Ever since I got a hand-me-down Mac Plus and played Microsoft Flight Simulator 1.0 and Bullseye's P-51 Mustang on it, I've been addicted. Seriously, when I looked away from the screen, I'd still see the pixelated horizon. It was a trip.

Unfortunately the golden age of flight sims on the Mac has passed (that was somewhere between 1994 and 1999), but that doesn't mean we can't still enjoy those older titles even if all our Macs can't boot into OS 9. This is where Classic Mode comes in. Unfortunately this feature was dropped in Leopard, but Tiger users can still fire up OS 9 software which goes to the purpose of this post. I want to focus on three flight simulators that perform great in Classic Mode.

Now, not all do. A-10 Cuba! and Apache Longbow for example have stuttering graphics, and forget about "Fly!" It won't even start. But there are three quality simulators that perform just as well as if you were booted into OS 9. The first is F/A-18 Korea Gold. This is a jet fighter sim, and as you can see in the screenshots, the graphics are antiquated but still respectable.

Looking down on Pearl Harbor: 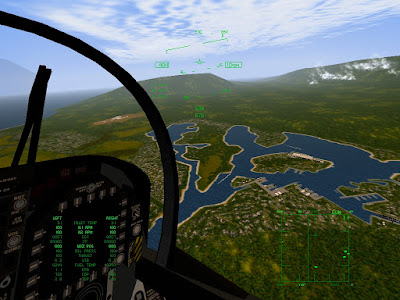 Shooting down a Mig at dusk: 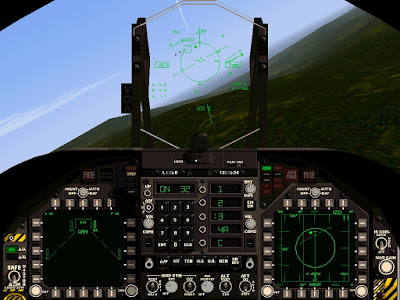 The max screen size for this sim is 1024 X 768, and with all the other graphics options maxed out, framerates are the same as OS 9 on my Sawtooth with an ATI 9000 video card. I couldn't see any degradation in performance in Classic Mode.

The second sim is a World War II simulator called SkyFighters 1945 by the late Donald Hill. It's both simple and challenging, and while lacking the eye-candy of IL-2 or the degree of difficulty of Targetware, it's great for just getting up and flying.

A Corsair escorting B-25's over the Soloman Islands: 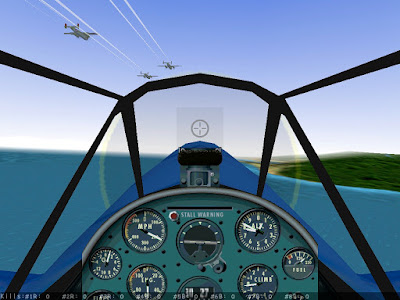 That's me in the Spitfire getting shot down by an Me-109 over the White Cliffs of Dover: 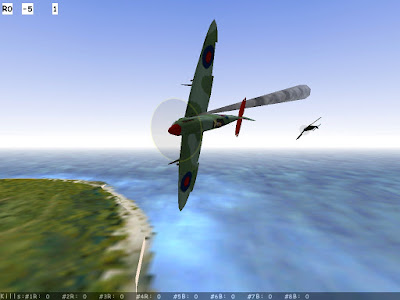 As with F/A-18 Hornet, the screen size maxes out at 1024 X 768, and there was no loss of performance in Classic Mode compared to being booted in OS 9.

Finally there's Falcon 4.0. This was regarded as the most accurate of jet sims and kept a loyal following for years afterward. I think you'd need years just to get through the manual. This one was a bit peculiar, because while in 2D cockpit mode, the default, framerates were poor, but when using the virtual cockpit where you can swivel your head around instead of switching views in increments, framerates were very high. In fact, in the 2D cockpit framerates returned to very high if the view was anywhere but forward. There's something about having the 2D cockpit visible in front that really slows things down. Maybe you need a G5 for this, but nevertheless it's an excellent performer if you can adjust to flying full time in virtual cockpit mode. 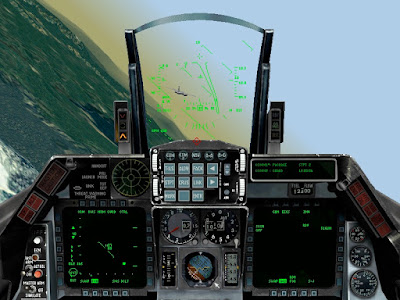 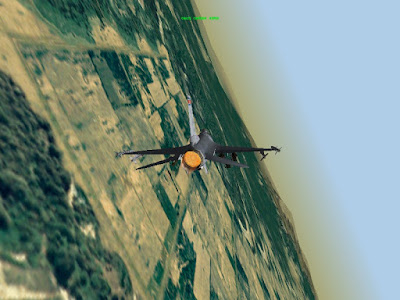 All three of these are hosted on the abandonware site Macintosh Garden, and you can occasionally find them for sale on eBay as well in case you want to be all OCD and collect the original packaging (slowly raises hand).

And if you come to me on your knees begging forgiveness for upgrading to Leopard and say you'll never do it again, I won't be all hardass and deny you absolution.
Posted by Dan at 12:35 AM