A little birdie left a comment saying there was an unofficial Tor Browser Bundle for Tiger and Leopard at sourceforge.net/projects/osxpowerpcpackages. Given that I wrote a long torturous post about how to use Tor without the bundle since Tor officially dropped PowerPC, I naturally wanted to check this out.

So I downloaded it and it turns out it's no joke. It really is the Tor Browser Bundle for PowerPC. From the ReadMe:


The packages in this directory are UNOFFICIAL builds of the Tor Browser Bundle for Mac OS X Tiger (10.4) and Leopard (10.5), PowerPC architecture. Optimized builds are available for the different PowerPC versions, namely, the G3, G4 (7450) and G5.

The bundle is based on the official Tor Browser Bundle with changes to make it work on older Mac OS X versions and the PowerPC architecture. Most notably, Qt is downgraded to the last Mac OS X 10.4 compatible version (4.7.4) and Firefox is patched with suitable parts from the TenFourFox changeset.

Note that the 2.3.25-15 bundle version is already outdated. More current version based on Tor Browser Bundle 3.5 is in the works.

As said, it's a bit outdated so it's more proof of concept, but everything works. It all comes in one app bundle, and inside it are Vidalia and Firefox, with Firefox having its own profile in TorBrowser.app/Library/Application Support/, so you can run this side-by-side with TenFourFox with no problems.

It also sets your user agent to the default Tor user agent, has private browsing enabled, and sets network.proxy.socks_remote_dns to "true," so all your bases are covered. It comes with two add-ons, HTTPS Everywhere and NoScript. NoScript is set to allow scripts by default, so you want to click the "Forbid Scripts" option.

Basically all you need to do is start the application, watch Vidalia establish a connection until Firefox opens to a page announcing you're browsing anonymously. Easy like it's supposed to be.

I'm also intrigued by the account name on that Sourceforge page. It's called "OS X PowerPC Packages" with the description, "A repository providing binaries of open source packages built for OS X Tiger (10.4) and Leopard (10.5) PowerPC." So maybe there'll be more in the future.
Posted by Dan at 10:33 PM 5 comments

Email ThisBlogThis!Share to TwitterShare to FacebookShare to Pinterest
Labels: Beat The NSA, Guy Fawkes And All That, TOR

For a few months now you may have noticed Vevo titles on Youtube aren't working with Mactubes and a number of Greasemonkey scripts. If you like watching music videos, this puts a serious crimp on things as most "official" video releases are Vevo vids. Right now, the only third party tool I know of that can get around this is youtube-dl. So install* it if you don't have it, or update your copy with:

With the newer version you can either download the videos or retrieve the links and stream them through a player like Mplayer (see Some Cross Platform Flash Alternatives). Both methods work.

*On the download page, if you don't have curl or wget, you can just click the download link at the top and then move it to your /usr/local/bin before running the chmod command. It can also be installed with Tigerbrew or Macports.
Posted by Dan at 4:26 AM 2 comments

Email ThisBlogThis!Share to TwitterShare to FacebookShare to Pinterest
Labels: MacTubes, Vevo Don't Know Who They're Messing With, Youtube 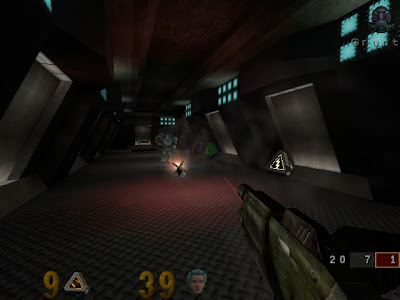 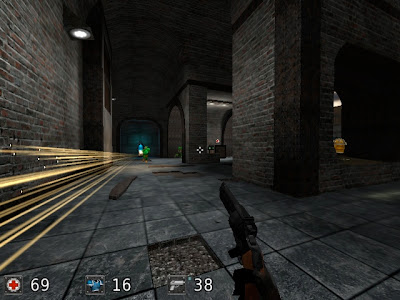 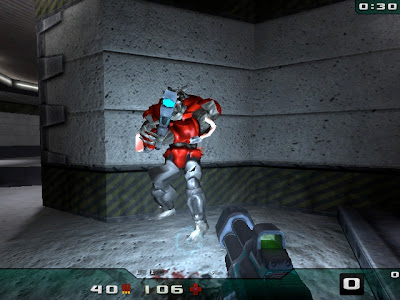 The only one of these games I tried on Linux PPC was Open Arena. I got good frame rates, but the colors were all messed up. Apparently the Radeon driver doesn't agree with my ATI Mobility Radeon 9700. I'll be on pins and needles for bug fixes.
Posted by Dan at 3:49 PM 4 comments

So I was cruising around the internets, and in my habitual browsing I came across powerpc-liberation.blogspot.ca, a spiffy new blog about our beloved computing platform. It's surprisingly in-depth and comprehensive for such a young blog, with posts about Debian 7, all kinds of content on video playback, an amusing post about scrolling vs. page up/page down...

Wait. That sounds suspiciously like Zen's blog at http://powerpcliberation.blogspot.ca/. In fact, it is his blog, lifted word for word except for the "-" between powerpc and liberation. With ads, too! Well, well, it seems we have a copycat among us. As soon as I got over the hurt that my blog wasn't copied, I got righteously indignant. This is about as blatant a case of theft as there is.

So Zen wrote about this on his blog, and I'm just passing on the warning. To all the PowerPC bloggers out there, it's probably a good idea to google your blog every now and then to see if someone out there is ripping off your content.

The really disappointing thing is the imposter didn't have the guts to copy Zen's last post ripping him a new one. As long as you're gonna steal word-for-word...
Posted by Dan at 11:19 PM 1 comments

Even Bar Refaeli is parting with her PowerPC: