I've written about Usenet before, as in downloading off Usenet, but I've never gotten around to posting binaries or feeling a need to. Until now. I saw a request for an old movie that I had as an ancient VHS rip, and the request looked so lonely I just had to fill it. But how? I never posted to Usenet before, so I fired up MT-Newswatcher X and thought it would be a simple process. Instead I found a deal-breaker. First, it doesn't encode files in yenc. Annoying, but not a death blow. But then I found out it doesn't post filenames longer than 31 characters. Hold on. Now I like Mac OS 9 just as much as the next person, but do we really want to go back there? No, no, no. There has to be another option.

So I went looking, and there aren't a ton of choices for OS X. There's Unison by Panic, Inc. (Panic, huh? As in kernel panic? Oh, wait, that's Unsanity). There's also Thoth by living legend Brian Clark. Both of these are shareware, and there's also a shareware utility called Cocoa Newspost whose developer website is missing, so support may have ended.

I also looked at the possibility of using Pan on OS X, but while deciding to steer clear of that PITA, I learned about a command line utility called Newspost. A command line utility? No simple GUI, having to learn complex text commands, having to compile it yourself? Baby, you're a black hole and I'm a nice plump juicy class G star!

Newspost's website calls it a "usenet binary autoposter for Unix," but there is no statement it runs on OS X. However, OS X is Unix, so why not compile it and try it, right? Well, what do ya know, it worked! All it took was a simple make && make install, no configure script necessary. The only glitch was man newspost returned No manual entry for newspost. Don't know why that is since it's in /usr/local. Oh well, the man page is here on the internet, too. Now let's get on to using it!

Replace emailaddress with the email you want other users to see, personality with the name you want other users to see (enclose it in quotes if it has a space), organization with your organization, newsserver with your Usenet news server address, username with your Usenet account username, password with your password (please make it more complex than "password"). The port number is always 119, and the trailing -d says to make these defaults.

Next it's time to post something, probably to alt.binaries.test for starters. If you're posting a single file, this will require the stunningly complicated and labor intensive task of typing this:

And that's pretty much it. The man page and this how-to pretty much tell you all you need. So happy posting! Just don't break Usenet.
Posted by Dan at 1:22 PM 0 comments

Well, a release candidate, anyway. But it's the debut of methodjit which will come to our rescue now that tracejit is going the way of the dodo, and as a result our javascript scores won't take a massively negative hit. All the details are blogged by Cameron Kaiser, the lead developer, here (download link included), so go read for the compiler pr0n. But I can report to you my Dromaeo scores are about ten percent faster from version 8 to 9 on my ancient Sawtooth, and Sunspider shows a 25 percent improvement. Not bad work;)
On the GUI side, the only difference I see is a de-coloring of the stop/reload button. It used to be red/blue, but now it just blends with the white of the menubar. I've seen just one rendering problem, unfortunately with Blogger's Dashboard interface, so I'm writing this post in Safari. I could just try clicking the "Try the updated Blogger interface" link that's been staring at me for several months now, but that wouldn't be living up to my namesake. I think I'll deploy a corollary of my tried-and-true life strategy Ignore It Until It Goes Away. In this case, I'll Wait It Out Until It Comes Back. I'm sure it'll work.
UPDATE: The Blogger problem is a Firefox problem, not just TenFourFox.
Posted by Dan at 11:37 PM 1 comments

For the first time a video on Vimeo.com lured me to their website where, as a Vimeo newbie, I was confronted with the PowerPC conundrum of having flash installed but it being so crappy it made the video unwatchable. So I thought, there's Mactubes for Youtube and ways to convert flash to .mp4 on Youtube. Maybe there's the same for Vimeo. And after a little searching I found three (three!) reliable ways to download Vimeo videos as .mp4's.

The first is www.downloadvimeo.com. It's just a simple website where you paste the video url into the download field and it downloads the .mp4 to your default download folder. Simple, though this being a website, you never know if it'll disappear overnight, so I went looking for an application or Firefox add-on that'll do the trick, and indeed there are two (two!) Firefox add-on solutions.

First is FlashVideoReplacer. It works on Youtube and other streaming sites as well as Vimeo, and it gives you the option of watching the vid either embedded with the Quicktime plug-in, or you can also download the .mp4 to your hard drive. For embedded playback you need your Quicktime plug-in enabled.

The second add-on is a Greasemonkey script called Free Youtube! Also works with Youtube as well as Vimeo. When you install it, instead of the embedded video you get a simple download link in its place. Downloads the .mp4 to your hard drive, and that's that.

And there's 270 more words dedicated to getting around flash on PowerPC. They're gonna have to build the modern day equivalent of the Library of Alexandria to store it all.
Posted by Dan at 12:18 AM 2 comments

I'm told in comments there is a crisis of epic proportions on Facebook that has naturally spawned a new Facebook page! Okay, putting aside Facebook users' tendency to match the outrage of the day with a corresponding Facebook page, it seems this time there is justification for PPC users as Facebook will no longer play flash videos unless you have the current Flash 11.1 installed (and Adobe's PPC support ended with 10.1). There's an ingenious fix detailed in this Youtube video, however, where the creator has made a modified Flash plugin to report itself as 11.1 even though it's still 10.1. Lo and behold, Facebook videos now work.

The direct download link is here (with a ReadMe included): http://www.steelbin.com/FPforFBPPC.zip

I've read several reports in forums saying it works, though I can't verify it myself since I don't do Facebook. Also this probably has security holes you can drive a tank through, but luckily there don't appear to be enough PPC Mac users to attract the hackers of the world.

That Facebook page for PPC Macs above might be worth keeping an eye on, too, as there may be more issues popping up in the future.
Posted by Dan at 12:43 AM 13 comments 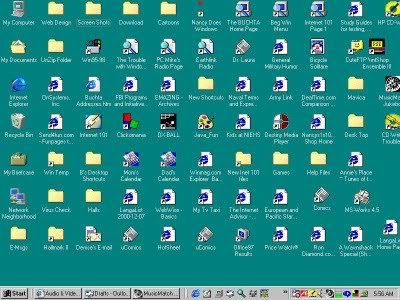 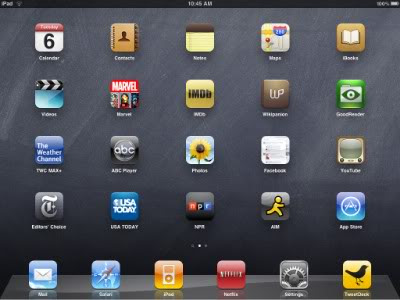 Since it's coming up one Christmas, Hanukkah and whatnot season, I thought I'd toss out some little OS X nuggets I've discovered over the years. These aren't full-fledged features per se, more like little stocking stuffers that not everyone is aware of:

Control-Click any text in cocoa apps for a quick dictionary/thesaurus definition. Just choose "Look Up in Dictionary" from the resulting menu and you get a mini popup dictionary. Very handy for when I want to look up a quick synonym.

Command-Click filename in window title bar to get the full path. This is useful if you have more than one partition or you're just disorganized in general.

Command-Click and drag menubar items to change their order. For the proper feng shui.

Shift-Click the Force Quit menu item to force quit current application. This is a nice easy way to relaunch the Finder.

Command-Option-Control-8 reverses or inverts screen colors. This is great if you're reading a black-background web page with white text and it's killing your eyes. Just hit the above key combo and you have black text on a white background. Also this can be good for dimming your screen since most of your screen is usually white or light colors. Like if you want to use your laptop in bed but you don't want to wake your partner after a particularly rigorous lovemaking session, just hit the keys and you have a nice dark screen that still retains contrast.

Also, dragging your home folder into the dock makes the Finder much more usable.

Now if only I could find a way to remove the existential taunting from a blinking cursor.
Posted by Dan at 1:49 PM 0 comments