An Inside Look at Apple's Skunkworks

I feel a little paranoid even posting this, especially after Tim Cook loaded all those Samsung phones with explosive devices like a ninja. A few weeks ago I came into contact (won't say the method or the medium) with an insider at Apple (won't say who) of some distinction (won't say their rank) who first dangled and then delivered pictures of the new 2016 Mac Mini. Ordinarily I'd be like, "Cool," but nothing to risk my neck over. The Mac Mini isn't the most exciting product ever, but this Mac Mini, my source said, is different. It's a revolutionary new Mac Mini, and one that would hint at changes to the entire Mac lineup. This is a paradigm shifter. It shows Apple's changing priorities and where Jony Ive & Co. intend to take the whole Mac product line in years to come. The old Mac Mini is no more. It's time for a new form factor, new internals, and even an assault on the very concept of internals.

Ladies and gentlemen, I introduce to you the 2016 Mac Mini: 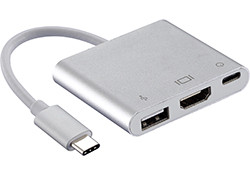 As you can see, it's minnier than ever. "How can they fit a computer in that?" you ask. Before you go speculating there's an A10 fusion processor in there, ask yourself first, "What is the concept of a processor?" Is it internal to the core housing of a computer, or is it modular? Must it always be internal taking up valuable space that can be better filled by the feng shui of Jony Ive's brilliance, or would it be more harmonious as an external add-on — a dedicated CPU (or eCPU)? This is the next revolution Apple intends to give us. Their new computers will have no CPUs, and just as they used the Mac Mini 10 years ago to usher in the age of Intel, they're using the 2016 Mac Mini to usher in the age of Notel. That's right, the CPU is a thing of the past. You may add one if you wish, but Apple will not bow to the vulgarities of manufacturers who pursue function over form. Rather, Apple is dedicated to balancing form and function on equal terms.

As with the CPU, there is no internal GPU. There is no internal hard drive or memory. The new Mac Mini is a waystation for your dreams. To fulfill your vision, add an external CPU and motherboard. Add an external GPU and hard drive. Even many hard drives if you like. Apple has never shied from its role as curator for the essential and worthy in life, and this new design (I blush at such a blunt moniker) creates, yes creates, maximum flexibility to follow your muse.

So advanced is the new, "form," we'll call it, that it doesn't even need a power supply. You simply plug it into one with the USB-C connector. You can attach a plethora of external devices to the included ports comprising of USB-C, USB 3 , and HDMI. If you run out of ports, you may add a hub, or perhaps hubs upon hubs. In this way, Apple devices will be scalable. For the first time, home consumer devices will scale in ways that will make many an enterprise procurer wonder why they even still exist.

You may wonder, "Won't this ruin the aesthetic?" Won't all these devices, hubs, and dongles make every desktop a tangled web of cords and connectors, of external housing units of varying brands and sizes, turning an otherwise elegant workspace (brainspace) into a teeming jungle? Yes, and this is where Apple's second innovation comes in. This is not your traditional device rack. Apple, my source informs me, thought long and hard to come up with the right form factor for a new component receptacle befitting of the new now.

May I humbly introduce the Apple Wastebasket: 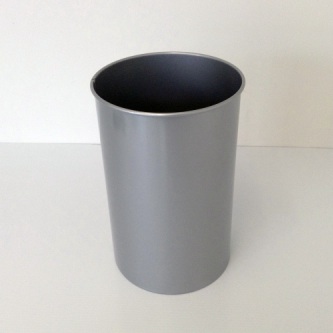 Simple. Futuristic yet harkening. You never would have thought of it yesterday, but now that it's arrived, you cannot imagine anything else.
Posted by Dan at 1:00 PM 13 comments

Email ThisBlogThis!Share to TwitterShare to FacebookShare to Pinterest
Labels: That Bloomberg Guy Gets All The Authorized Leaks But I Get The Real Ones
Newer Posts Older Posts Home
Subscribe to: Posts (Atom)