I mentioned earlier I installed Lubuntu 13.04 and MintPPC on a second hard drive in my Sawtooth, so I thought I'd give you a quick look-see on the former to see what it's all about.

On first impression, it's highly polished. The theme is unified across all applications and the fonts are handsome. I'm not personally a fan of the Ubuntu font, but that just means 99% of the rest of the world looooooves it. The LXDE environment is easy to navigate around and very responsive, the same as LXDE on any other distro. It comes with a very minimal set of basic applications, which I appreciate. Just one music player (Audacious), one video player (Gnome Mplayer), one web browser (Firefox 19), etc. PCManFM automatically detected and mounted all partitions on both discs. Overall I was pleasantly surprised, though this being a development release there were some instances of bugginess.

First, I had to use the yaboot parameter "Linux video=radeonfb:1280x1024-32@60" entered at the second yaboot prompt. Otherwise I got distorted colors. Also, by using video=radeonfb:off, I could get 3D acceleration but only briefly. After a few minutes the system always froze, and it was due to radeon errors. I filed a bug report here and it's setting the world on fire as you can see.

Probably the biggest disappointment is with video. With 3D acceleration enabled, video playback is great, but like I said, 3D for me is unreliable. Back in a 2D desktop, videos show about 30% higher CPU usage and I get a slight horizontal shearing effect--slight but noticeable. I've never seen this problem on Debian/MintPPC. Also, when trying VLC it played sound but no video.

The only other bug I found was the Firefox blue tint bug, where some resized images are tinted blue. This is a PowerPC specific bug and has been patched at Mozilla's end, so it's only a matter of time before the fix migrates down to Ubuntu and Debian. In the meantime, Zen at PowerPC Liberation detailed a simple workaround here.

Here are a few screenshots, the third showing the Firefox bug: 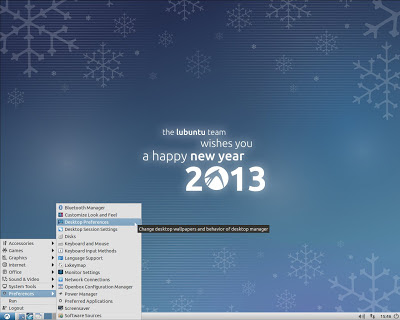 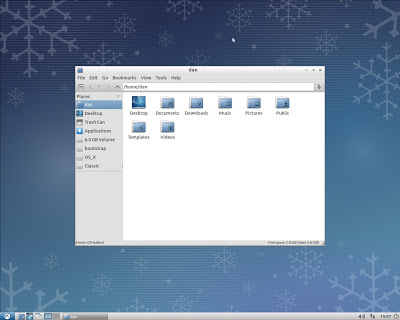 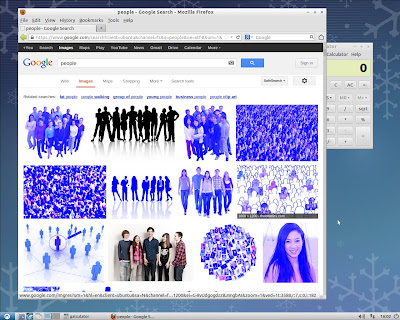 Go ahead, give Raring a spin. I recommend installing from the alternate CD instead of the live CD, because it fits on an actual CD and you don't have to worry about messing with yaboot parameters and xorg settings to get the graphical one to work. Actually I've had highly prejudicial experiences with live CDs in the past, so take that for what it's worth.